Sharia Law: Not in America 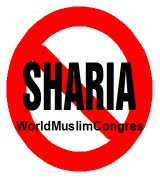 Sharia in its simplest form is a how-to manual based on the Qur'an and the Hadith (Prophet Muhammad's sayings). It is a human effort to understand the concept of justice enshrined in the Qur'an for day-to-day living.

After the death of Muhammad and the first four Caliphs, there was a leadership vacuum that needed to be filled so that someone could clarify new issues that came up on a daily basis. The scholars of the time met the challenge and created a body of knowledge as supplementary guidance and established the standards of moral conduct. Sharia laws were designed to be free from misapplications and regret-free decision-making processes.

The personal Sharia deals with beneficial actions that should be performed by individuals, such as prayers, fasting, pilgrimage, Hajj, and Zakat (tithe, or charity). It is indeed a guide for individual Muslims to observe and follow their faith.

The public Sharia deals with the community affairs involving more than one individual, such as marriage, divorce, inheritance, adultery, theft, conversion, apostates and inheritance.

The intent of the Sharia laws was to construct a complete justice system with fairness to all members of society. Peace and a sense of security are the products of justice in a given society. The violations of justice and the rule of law are found in every faith, culture and political system, to varying degrees. In this respect no community is free of blame and no one can cast the first stone against another community.

However, like all laws, the Sharia for public application needs a serious revision to reflect the changing needs of society. The values enshrined in the Qur'an are dynamic, and because Sharia laws are derived from the Qur'an, they must reflect the dynamic applicability of the book. In modern times, the contentious issues that have most often recurred stem from treatment of divorce, women's rights, inheritance, theft, adultery and apostasy.

Even here in America, laws originally framed with the intention of ensuring liberty and justice for all were misapplied for over a century after they were written, resulting in a serious denial of rights to women and slaves. It is only in the last 75 years that we are tuning ourselves to the intent of our constitution. A woman is no longer considered a chattel, and slavery has become an outlawed practice. As of right now the rights of individuals with different sexual orientations are at the center of the debates as much as accepting a woman president in our country. In terms of capital punishment we are still evolving; we are behind Europe and we remain as antiquated as Saudi Arabia in putting people to death.

But even as we speak today there is yet another speculative issue that has been brought up: the issue of application of Sharia laws here in our country. This contentious debate is largely a product of the media and many fearful neoconservatives. As an American Muslim who has widely traveled throughout this country, I can strongly affirm that no group of American Muslims has called for the application of Sharia laws in America. Although a few individuals may have expressed their support for compliance with the laws here in our country, they have nevertheless remained avid supporters of the laws and freedoms of the United States.
The Sharia industry has been built with strong fortifications, to the point that many Muslims are led to believe that Sharia law is divine. In this way the application of Sharia throughout history can be comparable to the business protection plans used by defense, tax preparers and other industries, where the involved matters are made so complicated that they are needed by the society.

Islam teaches each individual to be accountable for his or her actions. We do not need a Sharia industry, and Islam certainly does not have clerical establishment built into it, nor is there a need for one.

We can retain the private Sharia and let go of the public Sharia; the civil laws of our nation provide ample justice, and we don't need a duplicate system. Sharia law was never considered divine to begin with. Hence, there is no need to even dream about it.

American Muslims have placed their trust in the American justice system and will continue to oppose Sharia laws as they are currently applied in many places across the globe. I will be one of the first ones, if not the first one, to stand up against it. The Muslim majority in America is happy with the American system and does not want to have Sharia law here in America.

This may be bad news for the likes of Bridgette Gabriel, Glenn Beck, Sarah Palin, John Hagee and a host of other right-wingers, who thrive on selling hate and painting chaotic scenarios. It will hurt their sales and affect their cash flow. They cannot dupe Americans with unsubstantiated and statistically insignificant claims. Americans are trained to see another point of view and to be non-judgmental.

However, I urge the passionate neocons to become ambassadors of peace in mitigating conflicts and nurturing goodwill. It will not make them as much money, but they will be able to sleep in peace. We all need to work for a safe and prosperous America with a focus on social cohesion and removing the division and wedges between us.

As a Muslim I stand against Sharia for public consumption and assure the neocons, the fearful and the gullible that we are Americans and the law of the land is our law. There is no substitute for it.

Mike Ghouse is a speaker, thinker and a writer. He is committed to building a cohesive America through the America Together Foundation. The Foundation for Pluralism champions the idea of co-existence through respecting and accepting the otherness of other, and World Muslim Congress is committed to nurturing the pluralistic ideals embedded in Islam.

Mike is available to speak on Pluralism, Islam, Civil Societies, and Peace & Justice at your work place, place of worship, school,  seminars or conferences.  He is a media commentator offering pluralistic solutions on issues of the day.  Mike's work is reflected at three websites & twenty two Blogs listed at http://www.MikeGhouse.net/
Posted by Mike Ghouse at 8:38 PM