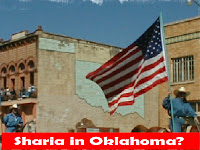 http://theghousediary.blogspot.com/2010/12/shariah-at-kumback-cafe.html
I am thankful to Suze Melton, one of the attendees of the Quraan Conference on Sunday for forwarding the following article. The followin story is about Perry, and how the residents view things, one resident shares this, “I got on the computer, punched in Koran, and there it is in black and white: They are out to rule the world and if you don’t convert, they kill you.” We dealt with that verse yesteday, it is not what it sounds.
As an American I understand the fears and want to assure them that the American Muslims do not want the kind of Sharia Law they see on the Television confined to , and .  That is not the Sharia law; here is a simple lay person’s version of understanding what Sharia is all about – Sharia Laws Not in America.
No American has to live in anxieties, discomfort or fear of the other. The purpose of this conference is to understand the issues and find ways to remove such fears in an open forum and restore the cohesiveness of our society and work towards building a safe and secure .
God willing, I will go to and do a Sharia and Quraan conference with the folks out there to assure them that Islam and Muslims are not about what they have come to know, but about building societies for peace for all.  It is a shame the radicals, a few handful of them, make such statesments. Just as Newt, Palin and others frighten them to get the votes.

Mike Ghouse runs the Foundation for Pluralism championing the idea of co-existence through respecting and accepting the otherness of other and has dedicated to nurturing the pluralistic ideals embedded in Islam through the World Muslim Congress. He is a regular commentator on the TV, Radio and Print media offering pluralistic solutions to the issues of the day. He is a speaker, thinker, writer and a peace activist. Mike's work is reflected at three websites & twenty two Blogs listed at http://www.mikeghouse.net/
# # #
Shariah at the Kumback Café
http://www.nytimes.com/2010/12/07/opinion/07iht-edcohen.html?_r=1&emc=eta1

Roger Cohen
, — They call the buckle of the Bible Belt. It’s the state where all 77 counties voted Republican when Barack Obama was elected and where 70.8 percent of the electorate last month approved a “Save Our State Amendment” banning Islamic, or Shariah, law.


So I decided to check the pulse of a resurgent conservative at the Kumback Café. The Kumback, established 1926, is a cozy, memorabilia-filled joint that sits opposite the courthouse in downtown Perry, population 5,230.
Things work like this at the Kumback: The guys, average age about 80, arrive around 8 a.m. and get talking on “the whole gamut of life”; the girls, average age too indelicate to print, gather later at a horse-shoe shaped table toward the back. Ken Sherman, 86 and spry, explained: “We’ve got to come here every day to find out what’s going on. And by the time we leave we forget.”

I asked Paul Morrow, a whippersnapper at 71, how things were going. “There’s just too much Muslim influence, all this Shariah law,” he said. “We’re conservative here, old and cantankerous.”

You might not expect Shariah, a broad term encompassing Islamic religious precepts, to be a priority topic at the Kumback given that there’s not a Muslim in Perry and perhaps 30,000, or less than one percent of the population, in all . And you’d be wrong.

Shariah is the new hot-button wedge issue, as radicalizing as abortion or gay marriage, seized on by Republicans to mobilize conservative Americans against the supposed “stealth jihad” of Muslims in the United States and against a Democratic president portrayed as oblivious to — or complicit with — the threat. Not since 9/11 has Islamophobia been at such a pitch in the .

The neoconservative Center for Security Policy in recently described Shariah as “the pre-eminent totalitarian threat of our time.” Many Republicans, with Newt Gingrich leading, have signed up. Their strategy is clear: Conflate Obama with creeping Shariah and achieve the political double-whammy of feeding rampant rumors that he’s a closet Muslim and fanning the fears that propel a conservative lurch.

It’s not pretty, in fact it’s pretty odious, but to judge by the Republican surge last month, it’s effective in an anxiety-filled .

Galvanized by State Question 755, barring “courts from considering or using Shariah Law,” Republicans swept to the governorship and veto-proof majorities in the Legislature for the first time.

Question 755 was “a pre-emptive strike,” in the words of its most active proponent, Republican State Representative Rex Duncan, whose portrait hangs in the Kumback. The question arises, given the quiet on the prairies, against whom? A prominent pastor, Paul Blair, told me it was aimed at those “whose plan is not to coexist but bring the whole world under Islam.”

A preliminary federal injunction, granted after a prominent local Muslim, Muneer Awad, challenged the constitutionality of the amendment in the nation where “Congress shall make no law respecting an establishment of religion, or prohibiting the free exercise thereof,” has blocked its certification for now. The very curious case of Shariah and may be headed to the Supreme Court.

Marilee Macias, the bubbly owner of the Kumback, swung by. “’s ahead of the game,” she said. “He’s a military guy, been around the world. I don’t know what these Muslims are preparing but I know that stoning women, we don’t want that here.”

Bud Johnson, 84, who worked in and is gently mocked at the Kumback for his East Coast liberalism, shook his head. “It’s going to cost the state a lot of money to try to defend a stupid law,” he said. “There should be a reason for a law, not just hatred and emotions. But my view went down here like the Titanic. The fear element has got us.”

I asked Frank Lawson, 83, about Obama. “I think the young man’s a Muslim,” he said. Case closed. He continued: “I got on the computer, punched in Koran, and there it is in black and white: They are out to rule the world and if you don’t convert, they kill you.” Cherry-picked inflammatory phrases, attributed to the Koran but more often lifted from interpretations of it, course through Oklahoman churches and spread via Internet chatter.

asked me what “that huge Muslim movement that took over ,” was called. I couldn’t help. “Begins with ‘O”’ he said. “The ?” I ventured. Yep. Case closed again.
Things were quiet on Perry’s main square. So quiet the “Muslim threat” was hard to imagine. It was even harder to imagine that, right here, Timothy McVeigh, the homegrown terrorist who killed 168 people in a 1995 attack, was held after being stopped by a state trooper outside Perry for having no license plate.

Nobody initially suspected McVeigh. Suspicion fell on men “of Middle Eastern appearance,” including Imad Enchassi, now the imam of a large mosque, who told me, “Things are much worse now, I’m looking over my shoulder for the first time
Posted by Mike Ghouse at 2:58 PM